There was yet another mention in the press recently about the systematic and prolonged sexual exploitation of female inmates by male corrections staff. The description of the inmates’ helplessness and victimization was almost too painful for me to read. A question kept ringing in my ears, a question posed by corrections officials nationwide who are baffled as to why corrections workers would risk 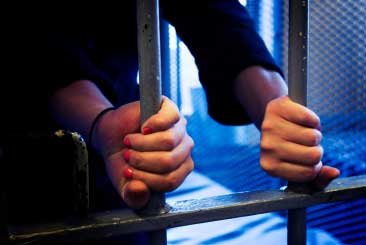 There was yet another mention in the press recently about the systematic and prolonged sexual exploitation of female inmates by male corrections staff. The description of the inmates’ helplessness and victimization was almost too painful for me to read. A question kept ringing in my ears, a question posed by corrections officials nationwide who are baffled as to why corrections workers would risk going to prison just to get some sexual gratification from offenders. Given the Prison Rape Elimination Act of 2003 (http://nicic.gov/PREA), staff who sexually assault offenders are subject to felony criminal charges punishable by prison sentences of their own and/or fines, as well as discipline by their corrections agency. However, those dire consequences do not seem to be sufficient to deter some corrections employees who contemplate engaging in sex acts with offenders. Why might this be so?

One way to understand this issue may result from understanding what has been called “sexual addiction” or sexual obsessive/compulsive behavior.

As you read this, please keep in mind that I am not suggesting that this condition exists in correctional employees to a greater extent than in the rest of society. However, even if the rate of sex addiction only matches the frequency in society as a whole, the consequences can be disastrous. A potentially perilous situation results when sex addiction is combined with the control that correctional employees have over offenders and with the domestic environment that institutional life presents.

The Society for the Advancement of Sexual Health (http://sash.net/) defines sexual addiction as a persistent and escalating pattern (or patterns) of sexual behaviors engaged in despite increasingly negative consequences to self or others. Sexual addiction is estimated to affect three to six percent of adults in the United States. If that is the case, what might be the number of corrections personnel who are battling sex addiction at your facility and your agency? Selective recruitment and mandatory professional training are designed to eliminate or reform “bad apples,” but all addictions tend to be resilient and to remain carefully hidden until exposed by a dramatic event. Sex addiction is no different.

Sex addicts pursue unhealthy, destructive sexual relationships or behaviors, and they are willing to run the risk of paying just about any price for a temporary sexual “high” of their preference. It is hypothesized that in the case of sex addiction certain types of sexual behavior become mood altering, an antidepressant or tranquilizer of sorts, a means for the addicts to create good feelings about themselves.

Obsessive/compulsive sexual pursuit takes a variety of forms. In a way, the only limit is imposed by the sex addict’s imagination.

Sexual addictive behaviors may start at low levels of risk and within the bounds of “normal” sexual behavior. Somewhere along the way however, the pursuit of sexual gratification, at times in ritualistic ways, starts assuming a life of its own. The obsessive thoughts or compulsive behaviors start dictating the decisions in a person’s life. The focus becomes the gratification of sexual urges. That goal becomes all-consuming, with the addicts organizing their lives around ways to satisfy the demands of their addiction one more time—and again, and again.

Sexual addiction, like other addictions, tends to follow a progressive path, as the addicts may get used to the “jolt” they receive from a certain behavior and pursue riskier behaviors to enjoy desired levels of excitement. The rush received from these high-risk behaviors is obviously short-lived and so the addict has to re-engage compulsively in increasingly destructive behaviors. This means that “close calls” that may frequently happen in a supervised setting like a correctional institution could have the unintended effect of increasing the risk of the next occurrence thereby enhancing the excitement, and strengthening the addiction.

At more severe stages of sex addiction people may indeed feel like they have lost control of their lives, that they are a car with no brakes careening down a mountain under icy conditions.

Some sex addicts may experience an inner struggle, as their conscience clearly tells them that their behavior violates their most cherished values and principles. They may try to escape their sexual obsessing or resist their sexual compulsion until the internal pressure builds to the point where they give in to their urges and engage in their sexual behavior of preference regardless of likely consequences. These individuals experience severe stress in relation to their sexual acting out due to knowing their guilt, and due to experiencing shame for their behavior and fear of getting caught. Other sex addicts do not experience much of a moral struggle, however. Lacking empathy, they view others as objects to be used for their gratification with no regard for the other party’s needs or rights. They may even convince themselves that their sexual targets want, invite or enjoy these sexual behaviors.

Sometimes entwined with the sexual gratification is a complex and unhealthy emotional entanglement, often with the sex addict being in control of the relationship. What characterizes these relationships is the inability to be truly oneself and truly vulnerable and intimate with their partners.

Corrections settings provide an open season type of environment for certain types of sex addicts, like a playground would for a pedophile. Incarcerated offenders are literally captive prey for corrections employees who may be already struggling with obsessive/compulsive sexual behaviors, or who are looking for a mood “fix” through a sexual “fix.” The staff spend the majority of their waking hours where offenders live, so professional boundary erosion over time and the eventual boundary collapse take place all too painfully often. The presence of Corrections Fatigue may also contribute to the dehumanization of offenders in the eyes of staff. Such dehumanization takes such employees one step closer to making excuses for their actions or even justifying their behavior through a sense of entitlement or the rationalization that “she really wanted it.” Being in absolute control, seemingly all-powerful in their own eyes, can fuel the flames of lust for some corrections employees in the throes of sex addiction.

In other cases current life stressors may seem unbearable to staff, who may engage in a seduction/sexual escapade with an offender as a thrilling diversion. However, in my opinion patterns of repeated sexual abuses speak more of predatory sex addiction (ways to get a “fix”) than attempts to temporarily escape circumstantial distress.

Over time, sex-addicted staff may engage in sexual behaviors of increasingly higher aggression, boldness and risk. They might employ threats, blackmail and bribes of alcohol and other drugs. Consequently, the security risk increases accordingly.

As sexual addiction takes hold of the life of the addicts, all—and I mean ALL—is surrendered at the altar of their very cruel sex addiction god. Relationships, family, health, reputation, finances, job and even freedom are risked and at times sacrificed to that destructive god.

What can a person do if they come to see that they are in reality just as much prey as they are predator?

Acknowledging their predicament and owning their urges and behavior is the first step. The second step involves removing themselves from environments where they are likely to engage in or re-enact damaging and illegal sexual fantasies and behaviors, or making arrangements so they cannot employ such behaviors.

They need to stop making more victims immediately and make themselves accountable to someone who can hold them accountable. The third step is seeking help for themselves. Getting help, no matter how much it may cost, is an infinitely better alternative than facing disgrace, prison time or suicide as a way out.

There are many ways and places that provide help for people who admit to their sexual addiction. There are information sites, such as The Society for the Advancement of Sexual Health mentioned above, self-help organizations such as Sex Addicts Anonymous (http://saa-recovery.org/); Sexaholics Anonymous (http://sa.org/), and Sex and Love Addicts Anonymous (http://www.slaafws.org/). There are also self-help groups for partners of sexual addicts. Treatment centers exist across the country (e.g., http://pinegrovetreatment.com ), and many mental health providers specialize in the treatment of sexual obsession and compulsivity.

There are two foundational keys to healing and recovery. The first key is self-honesty. The second key is a sincere and intense desire to eliminate unhealthy sexual behavior and replace it with healthy relationships characterized by authenticity and genuine intimacy.

If you see some of the warning signs in your own behavior with offenders, take action as early as you can. Don’t let the false belief (delusion, really) that “I just have to be careful and I won’t get caught” cloud your judgment. The addiction cycle is working against you. “Being careful” is a diminishing boundary. The greater the risk, the greater the thrill, the greater the likelihood it will happen again and at a riskier level, and so the greater the chance that you will get found out. Realize that, admit it, get help, and STOP.

Permitting an employee who has been involved in events of this type to come forward and ask for a way out of their self-designed trap may seem impossible or unacceptable. Sexual misconduct with offenders is one of the cardinal sins of correctional work. This stacks the entire culture against the employee who may want to come forward in order to take responsibility for his/her actions and seek help. Additionally, the employee may be admitting to a felony that will change his or her life forever. The resistance to self-reporting is understandable. However we have to help increase the likelihood that self-reporting will take place as early as possible along the slippery slope. We need to have mechanisms in place to reduce the damage or prevent more of it from occurring elsewhere. And since those of you in the profession are held accountable by the public for the actions of these few who cross the line, it is to your advantage as well to help set up conditions that facilitate self-reporting—the earlier the better.

I present these ideas not to imply a widespread condition that might, if taken out of context, risk besmirching the reputation of an important team of public safety employees whose skill, motivation and courage are on display every minute of every day of the year. Rather this article was written in order to discuss an issue that is very difficult for all of us and which has caused many much hurt and much damage over the years.

Self-honesty starts with self-reflection, and that is what we want to promote. As sex addicts risked all for the satisfaction of their sexual urges, now they must risk all for their recovery. The alternative is unspeakably tragic and costly for the sex addict and for those affected by their actions.

Gregory Morton contributed to this article by weaving the technical aspects of the subject into an understanding of their implications in the correctional environment.

Corrections.com author, Caterina Spinaris Tudor, is the Executive Director of Desert Waters Correctional Outreach (DWCO, www.desertwaters.com) and a Licensed Professional Counselor in the State of Colorado. She works with correctional employees and their families, addressing the unique demands of the correctional workplace and its toll on staff and families. The mission of DWCO is to increase the occupational, personal, and family well-being of staff of all disciplines within the corrections profession.

We Were Conditioned to Cruelty: Peter Pan

Book Review – City of Inmates: Conquest, Rebellion, and the Rise of Human Caging in Los Angeles

We Were Conditioned to Cruelty: Rumpelstiltskin